the advocacy of women’s rights on the ground of the equality of the sexes.

I know there’s a way to love Feminism and I have been embracing it too throughout my adult life. But to which point is getting over the limit?

Years ago, it was normal that a man would ask a woman out and not the contrary.

Now, women can hold the power to ask a man out without coming on as aliens. (In UK it’s very common, of course it will depend on the country you live in.) It’s a very forward-thinking step to equality between men and women and I love to be able to get similar rights to men.

But what nobody is talking about it’s how much hurts a woman’s self-esteem when on several occasions men are turning down the bold move to ask them out. I know for men it happens so often is not funny anymore to even talk about it, but I just remember listening to stories when a whole life-long relationship would start easily after few dates, like 50 or even 30 years ago.

I just believe that 50 years ago it was easier to find a life-long partner. (I don’t talk about how sad it was for women to stay in a bad marriage and not be able to get out of it! I just talk about the whole “finding the right partner” process) And that was my dream too, so to speak. This is why it hurts so much to even talk about it or even try to clarify why Feminism sometimes it’s hurting women’s self-esteem.

I personally don’t understand the whole new generation way of finding a partner. Between men and women it’s a constant battle of getting to know each other and leave the “relationship” status as soon as possible before it’s getting stale. I was always the one that had a crush on a guy for years, and this is why I can’t start a relationship if I don’t like the other person for real. I can’t imagine being someone that actually doesn’t care about who is dating. Like, sometimes I really think robots would be even better at this than what humans are doing.

When people did become so distant and cold? Aren’t we all made for feelings?

I just don’t like to see that Feminism can be taken as often by men as an excuse to act poorly towards women.

Women should always have the power to decide for their own, to grow and be able to fulfill their dreams, but this shouldn’t minimize the fact that also men should still behave like gentle mannered humans with feelings (and also dreams to fulfill)

I don’t hate men, don’t get me wrong, I do love men. I just think that if I would be a man I would be much different to all the men I have ever got to know in my life.

And what do you think? It’s Feminism going too far? Does it affect you on a daily basis and on your life?

You may also enjoy: 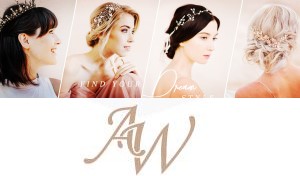